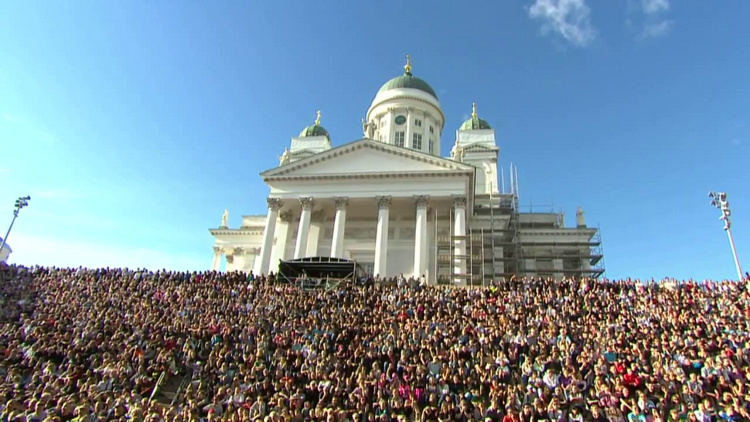 Helsinki Festival commissioned Alexi Laiho from Children of Bodom to write a metal symphony for an orchestra of 100 guitarists. The 100 guitarists were chosen by Alexi from hundreds of auditions from all over the world. DC delivered the live streaming setup for the concert.

Live video material produced by 2point8 Media Oy was livestreamed to the Internet in HD quality. The same stream was also distributed by numerous medias such as Yle, Helsingin Sanomat and Ilta-Sanomat and gathered a peak of almost 12 000 viewers. An on-demand video made directly from the stream has been watched over 220 000 times. The guitarists were from all over the world so the event was also noticed internationally. 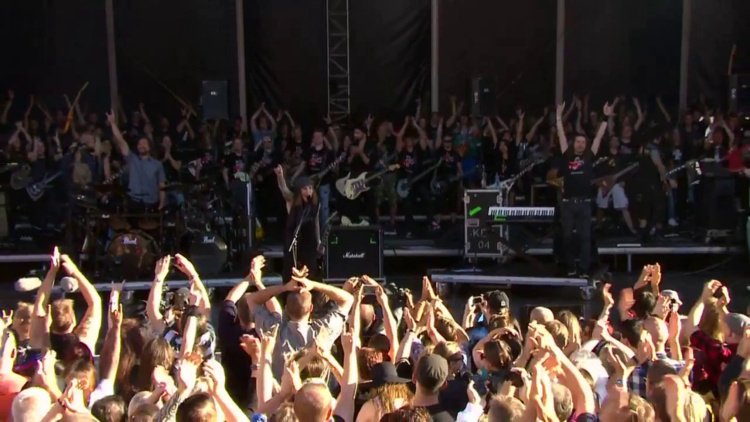 I'm extremely pleased to DC's professional touch as live streaming provider. I was especially impressed by their calm attitude to the whole process. It gave me the possibility to focus on my own work without worrying about the live stream.